Dottie LaVerne Nelson Higginson; Not a better mother-in-law could a son-in-law ask for!  I can never remember LaVerne having said anything negative or critical to me during the past thirty-five plus years I have known her. Oh yeah, she recently got after me when I had a few words with my daughter about how short her skirt was… I probably had that one coming!

LaVerne has always been supportive of my marriage to Jill.  I’ll never forget the courage it took for me to ask her for Jill’s hand in marriage… it spanned two evenings and a couple of hours each.  Finally, when I got up the courage to ask she smiled and simply said, “I think that would be O.K.”…

I have many great memories of LaVerne.  LaVerne, Jill, and I would never miss an episode of Dallas when we were first married.  She was a great cook and I had many meals at her table.  I enjoyed the car rides we would take when the leaves began to turn each Fall.  Also, I’ll never forget the many Christmas slumber parties we spent at her house.  Moreover, I believe there was only one year in the last thirty-five that we didn’t stay over on Christmas Eve. Godspeed LaVerne… I love you and I will miss you greatly!

A Tribute to My Mom, My Friend, My Example, My Hero!
by Jill Carlson

Let me tell you a little bit about my mom as I know her.

The Things She Loves

The Things She Hates

She hates lightning, thunder, wind, and storms in general.
She hates being at Lake Powell in a storm.
She hates commotion, chaos, and bad traffic.
She hates doctors, rest homes, and Relief Society!
She hates Jay Leno, Martha Stewart, sad shows, and scary shows.
She hates to have her house key get lost, her house a mess, filling out papers and being late.
She hates wars, especially WWII, being older than 39, and rich sweet foods; unlike her kids.
She hates the really cold weather, the fog, icy roads, the canal road, and any dirt roads.
She hates stress and choking kids.
She must hate baking cookies because she never baked cookies; and if she does, she won’t let you eat them.

The Things She Believes

The Things I Believe

I believe in my mom! I believe she is the greatest woman to have ever lived on the face of the Earth.
I believe the world is a better place because of her, that she will go straight to heaven, and that she will live to be 100 years old.
I believe my dad is building her a mansion in Heaven.
And I know I am lucky to be her daughter and my kids are lucky to have her as a grandmother.  Happy Birthday! I love you, Mom!

I wrote that for her 80th birthday but a few things have changed over the last 17 years.

New Things She Learned to Hate

She hated wheelchairs, walkers, and waiting rooms.
She hated having to sell her car.
She hated not having her body as strong as her mind.
She hated being a little old lady.

New Things She Learned to Love

She loved Wednesdays and Fridays when Carma and Ron would come and clean her house and get her any kind of lunch she wanted.  She mostly enjoyed Chinese or fish and chips.
She loved long rides around the lake, to drive through the new developments in Salem, and a lunch date with Duane and Julie.
She loved a telephone call from Diane every single day and month-long visits when she was not feeling well.
She loved drop-in visits from grandkids every single day.
She loved a trip to Costco for a hot dog with me.
She loved her produce! She would only eat tomatoes and cantaloupes from Salem, and she would only eat Harward’s corn.  One day she bought a bad watermelon and she made Steven take her to the store to take it back.  She told the produce guy her dad would have been embarrassed to sell products like that.

I just want to tell you a few stories about growing up. I would wake up in the morning to a hot bubble bath, clothes neatly ironed and laid out, a grapefruit cut and sectioned, a bowl of “Life” cereal, a few dollars on the counter; and on appropriate days, the keys to her car.

Then there were the good mornings when she told me to look out the bathroom window and there was a brand new red white and blue Suzuki electric start snowmobile.  Yes, there happened to be snow on the ground that day. We drove it all over town.

Another good morning would be when I woke up to tickets to Disney World in Florida. I had a lot of good mornings with her. I am pretty sure nobody told Mark how I was used to waking up.

Also, I can’t talk about my childhood without mentioning my Honda Trail 70. She drove into the trees the first time she rode it.  She and it was so much fun!

A Few One-liners from Mom:

After enduring to the end, our dear mother, grandmother, and great-grandmother, Dottie LaVerne Nelson Higginson, 97, passed away on April 14, 2017, at her home in Spanish Fork. LaVerne was born to Christian Nelson and Dottie Joannah Tiffany Nelson in Salem, Utah, on September 26, 1919. She graduated from Spanish Fork High. She married Ralph Daniel Higginson on September 20, 1939, in the Salt Lake LDS Temple. Together they had five children: Kaye, Diane, Carma, Duane, and Jill.

LaVerne was well-known in Spanish Fork through her employment at Wil’s Foodland grocery store, where she worked for many years. And she very much liked being a Kindergarten Grandma at Park Elementary and Canyon Elementary schools for 18 years, retiring at age 92. She was a member of the Beta Thalian social club for 70 years. She liked snowmobiling and throughout her life has enjoyed traveling.

LaVerne is survived by three daughters and one son: Diane (Arthur, deceased) Hatfield, Carma (Ron) Johnston, Duane (Julie) Higginson, and Jill (Mark) Carlson.  Also, she has 28 grandchildren, 88 great-grandchildren, and 15 great-great-grandchildren. She was so very proud of her posterity. Laverne is preceded in death by her parents; her husband, Ralph Daniel Higginson; a daughter and son-in-law, Kaye and Arden Kitchen; granddaughters: Andrea, Tiffany, and Anne Kitchen; granddaughter-in-law, Camille Hatfield. Also preceding her in death are her brothers: Ervin, Frank, Clark; and sister, Mae Hales; and her sisters-in-law: Ruth Lewis and Phyllis Ashby.

The family expresses special thanks to Heather Lyman of Maple Creek Hospice for her loving care of our mother. 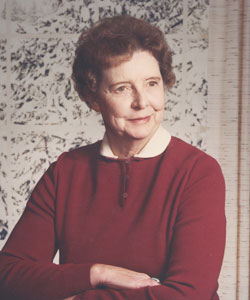